The Way of the Dragon is the third book of the Young Samurai series written by Chris Bradford.

Japan is threatened with war and samurai are taking sides. As the blood begins to flow, Jack’s warrior training is put to the ultimate test.

His survival - and those of his friends - depends upon him mastering the Two Heavens, the secret sword technique of the legendary samurai Masamoto. But first Jack must recover his father’s prize possession from the deadly ninja Dragon Eye.

Can Jack defeat his ruthless enemy?

The story opens with a ninja breaking into Osaka Castle. While evading the patrolling samurai, he slips from shadow to shadow until he reaches his objective, the main tower. When the ninja reaches the main tower, he meets with his employer (identity yet unknown) and hands over John Fletcher's rutter. It is soon revealed that the ninja is none other than Dokugan Ryu, the deadly Dragon Eye. Dragon Eye's employer and he then discuss Jack's continuing existence and the contents of the rutter. Dragon Eye has tried and failed to decode the cypher protecting the rutter but his employer reveals that there is a Franciscan monk being kept prisoner that is fluent in both English and Portuguese that should be able to crack it.

The story then rejoins the protagonist - Jack Fletcher -  and his friends, Yamato and Akiko. After being shamefully dismissed from the samurai school They're chasing an unknown man through a bamboo forest after this man stole Akiko's pearl. The story then recounts a meeting with this man, who is revealed to be named Orochi. Orochi is rumoured to know Dragon Eye so the trio set out for the village of Kabuto to find him. After another chase through the forest Jack and Orochi begin to fight. Although first portrayed as lame, Orochi is actually fighting fit and gives Jack quite a scare. After being bested by Jack, Orochi advises him to go to the village of Shindo and visit the Dragon Temple but before he can give his full advise Orochi is struck down by a poisoned blow dart. Jack quickly realises that it's the work of ninja and flees. After a breif fight with the ninja, Jack is inexplicably saved by another ninja. 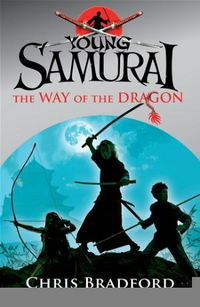 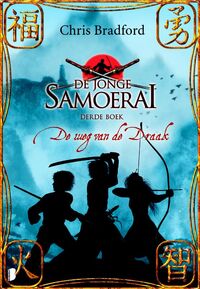 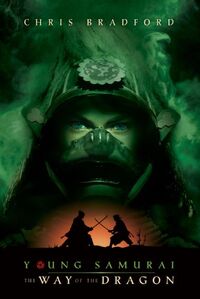 American Cover
Add a photo to this gallery
Retrieved from "https://youngsamurai.fandom.com/wiki/The_Way_of_the_Dragon?oldid=6313"
Community content is available under CC-BY-SA unless otherwise noted.